Journey to the Airport: A Short Story

5:30 am. The sounds of electronic birdsong seep into Ally’s consciousness, gently pulling her into the waking world. Opening a bleary eye, she squints at the clock on her phone. She hasn’t overslept. Victory. Plenty of time for a leisurely morning before her flight to New York to meet with the new Head of Sales for the East Coast. 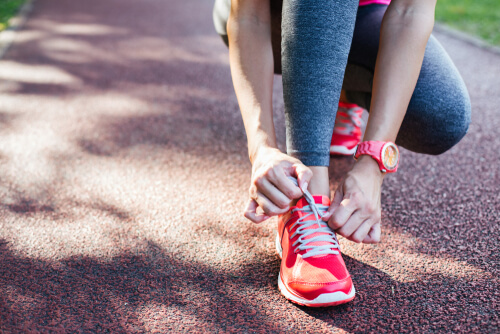 She hops out of bed and into her running clothes. Headphones in, playlist on, she’s out the door and into the street for a quick 30 minute run before breakfast. As she jogs down the road and through the park, she runs through her notes for the meeting later this evening.

Getting home, she throws her running clothes in the laundry hamper and jumps into the shower. Her clothes for the day are laid out where she left them last night. She mentally congratulates herself for being so organised.

Showered and dressed, she heads to the kitchen for a bowl of cereal and mug of coffee. She absentmindedly scans the news on her phone as she eats.

6:45 am. It’s nearly time to go. She checks her bag, packed and waiting by the door. Nothing has been forgotten. Her passport sits safe and secure in the top pocket. She double checks again just to be sure.

Leaving the house, Ally makes the short walk to the train station. She grabs another coffee from the vendor at the station entrance and steps onto the platform. Her heart does a little skip.

Big orange letters stare down at her from the platform’s electronic timetable. DELAYED. Ally calms the little flutter that rises in her chest. Relax. This is why you gave yourself extra time to get to the airport. She sips her coffee and waits patiently.

The orange letters flicker and change. CANCELLED. Oh no. The panic starts in earnest now.

Ally weighs up her options. She checks the timetables on the board, checks her phone for alternate routes. Nothing. She can’t miss this flight.

She considers booking a taxi, but it’s over an hour’s journey to the airport and she’s not sure she’ll be able to find a taxi quick enough. Driving is her best option, she decides.

Racing home, Ally heads to the garage. She opens the car, throws her bag on the seat and buckles into the driver seat. She pulls out of the garage and onto the street, feeling more than a little flustered.

Within ten minutes, she’s on the motorway, internally cursing the train company as she switches lanes to overtake another painfully slow campervan. Her plan was to spend her train journey going over her presentation, polishing it and adding anything that needed adding. She’d have to do it on the plane now, squashed into her seat and trying to type while keeping her elbows as tucked in as humanly possible.

Up ahead, she can see cars beginning to slow down. She cranes her neck and her heart drops as she sees a queue of traffic winding its way into the distance. Oh. No.

Boards above flash that there has been an accident. The traffic crawls as cars are forced into one lane. Ally’s nails tap agitatedly on the steering wheel. Her eyes flick every few minutes to the car clock. This is agonising.

Finally, after what seems like hours, she makes it clear of the traffic and races for the airport. Pulling into the long stay car park, she desperately searches for a space until, at last, she spots one on the top level. She calculates how much it’ll cost her to park here and winces. There’s no other option.

Ally grabs her bag, flies through check-in, security and makes a final dash for the gate. She is sweating and flustered by the time she boards and finds her seat. As she gratefully sinks into her seat, she silently vows never to rely on the train to get her to the airport again.

5:30 am. Marvin Gaye plays through Matt’s phone speakers to wake him up. He silences the tune and rolls back over to catch another 15 minutes.

Matt takes his time getting up. He grabs a breakfast muffin from the kitchen and reads through his presentation notes while waiting for the coffee to brew. 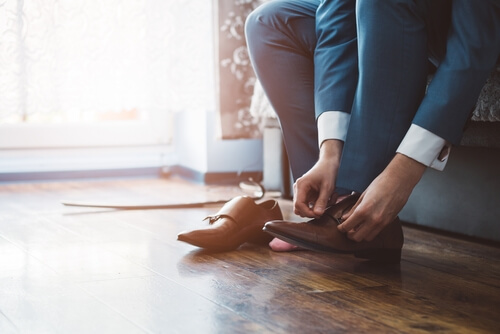 He showers, dresses and shoves his laptop into his backpack. A quick check that he has everything he needs, passport included, and he stores his bag by the door, ready to go. He sits in the kitchen, scrolling through his emails when his phone rings. It’s his driver, Dave. He’s arrived.

Matt grabs his bag and strides out the door into his waiting taxi. Dave puts his bag into the trunk as Matt settles back into the cool leather interior of the car. He pulls out his phone to finish those earlier emails. After a while, he switches off his emails and sits back to look out the window while listening to the latest episode of the podcast he’s been enjoying recently.

Dave takes a left turn before the motorway. He explains that there have been reports of an accident causing queues. He’s taking them on an alternate route. Dave has been driving this route for decades and knows all the best shortcuts and alternatives.

They arrive at the airport with plenty of time to spare, despite almost getting sideswiped by a frantic looking woman headed for the long stay parking. Dave unloads Matt’s bag from the trunk and gives Matt a friendly wave as he heads into the terminal.

Matt glides through check-in and security. He grabs a coffee and sits, finalising his presentation on his laptop and people watching. When the gate opens, he makes his way towards boarding, completely unstressed. He boards and goes to find his seat. Placing his bag in the overhead storage, he then sits back in his seat and browses through the selection of movies on the in-flight entertainment system.

A harried woman flops down into the seat next to him. They smile politely at each other before she pulls out her laptop to begin working and Matt reclines in his seat, ready for the flight.

Arrive at the airport relaxed and ready. Book your executive airport transfer from Salisbury, Winchester or Andover to any major UK airport with Spire Travel.

Jack McGivern Works with Spire Travel as a marketing specialist.

Leave Us A Message...

In response to the Coronavirus pandemic, Spire Travel is following NHS and Public Health England advice to help protect passengers.

Our money back guarantee

There has been much in the press about the difficulties consumers have faced when requesting a refund due to cancelled travel plans. We are pleased to have refunded any customer that has had to cancel their journey within 24 hours of receiving the request for a refund.

We will continue to action any refund request received for any existing or future booking. If you have to cancel your booking, for any reason, we will provide a 100% refund, direct to your account within 24 hours, no questions!

We use cookies to personalise content and ads, to provide social media features and to analyse our traffic. We also share information about your use of our site with our social media, advertising and analytics partners who may combine it with other information that you’ve provided to them or that they’ve collected from your use of their services.
Accept
Change Settings
Cookie Box Settings
Cookie Box Settings

You can change these settings at any time. However, this can result in some functions no longer being available. For information on deleting the cookies, please consult your browser’s help function.

With the slider, you can enable or disable different types of cookies: